Judy Fox is a Native New Yorker who has lived in Western Massachusetts for over 20 years. She has taught English as a Second Language, traveled extensively in the USA and abroad, and spent more than half her life in what could be called the spiritual dimension – meditating and working at Buddhist meditation centers for ten years, teaching meditation and then being part of a spiritual community where the focus was very much on collective consciousness, evolution and going beyond one’s sense of limitation.

As she looks back on her life, community, or the joy of communion, has always captured her interest and heart. Judy has lived and worked at Green Gulch, a Zen farm in Northern California, lived in a Buddhist community in Great Britain, and lived and worked in a spiritual community in Western Massachusetts. None of them were lasting involvements, but it lit a fire in her heart for what could be possible.

Since 2012, Judy has been seriously involved with the Evolutionary Collective led by Patricia Albere, which has had a transformative effect on her life. Her spiritual practice now is what is called the Mutual Awakening Practice which not only brings depth of communion with others, but is a practice that is ever evolving and illuminating a consciousness full of joy, light, inexpressible love and purity. More and more people are being drawn into this depth and love – this non-egoic space – that transforms and holds so much possibility for humanity based on a shared unitive consciousness.

Judy is both inspired and committed to help bring this consciousness into the world.

This teacher does not currently have any scheduled upcoming Mutual Awakening courses. If you would like to contact this teacher with an inquiry about an upcoming course, please email MAteachers@evolutionarycollective.com. 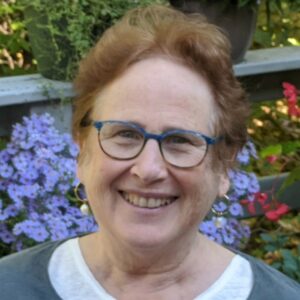